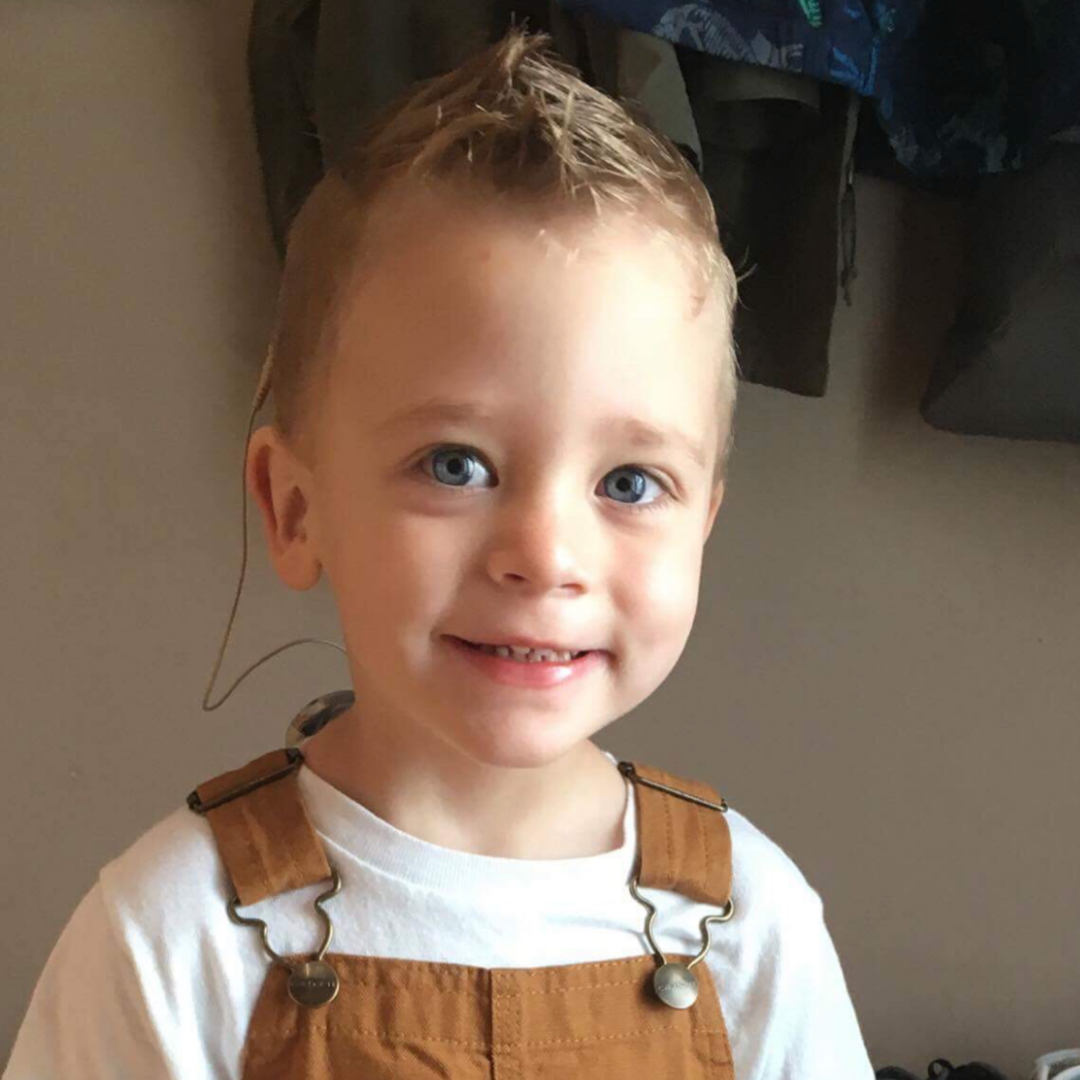 My wife and I decided to have kids after being together for roughly 7 years. We had some difficulty getting pregnant, but after working with doctors, in 2013, Shauna and I were finally expecting. While Shauna did miscarry in 2013, we were able to get pregnant again soon thereafter. The funny thing is – even after the difficulties we had getting pregnant, we were both naïve thinking that once we were pregnant, everything would be fine and we would have a simple, non-eventful pregnancy.

Everything was fine in the beginning. I went to every appointment with Shauna. We went to her 20-week ultrasound together and things went well, but the follow up with her doctor 2.5 weeks later changed everything. I was working that day and because everything was going smooth to this point, I decided I could miss this one appointment.

I still remember that day. Shauna called me at work and was calm at first. She told me the doctor had explained to her that Logan had an echogenic bowel. I asked what that meant, but Shauna said she was confused by the doctor’s explanation. Immediately, my heart sank and I was mad at myself for not being there at that moment for Shauna. She later told me how she sat in her car and cried not knowing what the future might hold.

We were told that our baby could still be perfectly healthy. An echogenic bowel could mean a wide variety of things, most of which were not very good. We learned that it is a soft marker for Trisomy21 (Down syndrome), Trisomy 13, 18 and Turner syndrome. CMV was mentioned, as well as cystic fibrosis.

Shauna and I were both tested and found out that we are not carriers of cystic fibrosis. Further testing revealed that Shauna had cytomegalovirus (CMV) infection. We decided to do an amniocentesis to see if Logan had the virus, as there was still a chance that he didn’t. Once it was confirmed, my first thought was relief thinking it’s “just a virus” and that it can probably be “fixed” or fought. Well, I didn’t know how dangerous CMV could be. I remember a telehealth call we had where we met with many pediatric specialists including Neurosurgeons, Neonatologists, Infectious Disease Specialists, and Cardiologists. They all gave us different odds of Logan being “healthy” in different aspects based on the evidence they had at the time. They presented termination as an option, even at this late stage in the pregnancy.

After we told them termination was not an option for us, they told us their plan going forward. This included a weekly ultrasound to monitor Logan (every second week in Edmonton), as well as an Immunoglobulin treatment which was more of an experiment, but could only help and not harm the situation.  I remember all the stress of the ultrasounds where they carefully monitored Logan’s growth and watched his excess swelling of amniotic fluid in places. They monitored for calcifications in Logan’s brain. There were lots of fetal echocardiograms. I would pick up on all the things that the ultrasound techs and doctors would say that sounded negative and those things would haunt me. All of this was wearing on me a great deal and thank God my wife was staying strong for the both of us. It seemed as though she went into a sort of “mama bear” mode where she just kept saying, “Ok, what’s next? What do we have to do now? Let’s get it done.”

We planned on having Logan in Edmonton, where they are better equipped to handle complications, but on July 25, 2014, Logan had other plans. On a “routine” check-up at Shauna’s doctor at 34 weeks, she found Logan’s heart rate dropping to a dangerously low rate. She told us to follow her in her car to the Grande Prairie hospital, where she did an emergency C-section and Logan was born. He was beautiful. He looked perfectly healthy to me and I was as happy as I had ever been, although I was still in panic mode. After speaking with the doctors, they told us Logan would be air lifted to Edmonton to do further testing. My wife flew with Logan once it was safe to do so. They immediately discussed an anti-viral treatment with Shauna, which neither of us knew anything about. We spent 10 days at the Grey Nuns hospital in Edmonton where they monitored our son. They started the anti-viral treatment, did platelet transfusions and many tests. Logan was clearly a fighter and he was doing well despite the virus running rampant in his system. The paediatric ophthalmologist said his eyes were absolutely beautiful and that since he was on anti-viral treatments that shouldn’t change. One of his ears even passed the hearing test, which made us happy as we knew about the risks of hearing loss.

We took Logan home and continued the anti-viral treatment for another 5 weeks. Months went by and we met with paediatricians on a regular basis. I was still picking up on all the negative things they would mention, one of which being cerebral palsy.  There were so many terms being thrown around that it was hard to keep up with. We knew to watch for hearing loss, so we had him tested at 3 months old and found out he was deaf. That night in Edmonton was very scary. We didn’t even know where to go from there. The next day, we were brought back to confirm the results and they mentioned cochlear implants. Although we didn’t know a thing about them, Logan had surgery at 11 months old and he has been amazing us ever since.

Fast forward to now – Logan is five years old and at his last test it was determined that he is ahead of his “normal” hearing peers in speech and language. This little man is the light of our lives along with his 1 year old sister Mali. Logan is in Kindergarten and is doing very well. He played his first year of hockey this past winter and he loved every minute of it. We use his Roger system so the coaches can communicate with him the same way his teacher does at school. His #1 favorite thing in life for about the last two years or more is dinosaurs.  Dinosaurs, Dinosaurs, Dinosaurs. This little boy loves to run and jump and play and laugh and he is an absolute gem!

I hate to even mention anything negative, because it is just such a blessing to have this “perfect” little man in our lives, but Logan does face a few challenges. He struggles with a bit of his gross and fine motor skills and he is always working hard to listen and be engaged in conversations, but he is loving life and so are we. I feel like these challenges are very minor in the grand scheme of things, because Logan is ALIVE! He loves life and that’s all that matters.

CMV was a game changer for us, but we realize it could have been so much worse. This virus was something we knew nothing about, as seems to be the case with most stories related to CMV.  It’s crazy that it is still so unknown to most of the population. It makes me happy to know that good people are aggressively working on research and awareness and trying to prevent this horrible virus from causing so many disabilities.