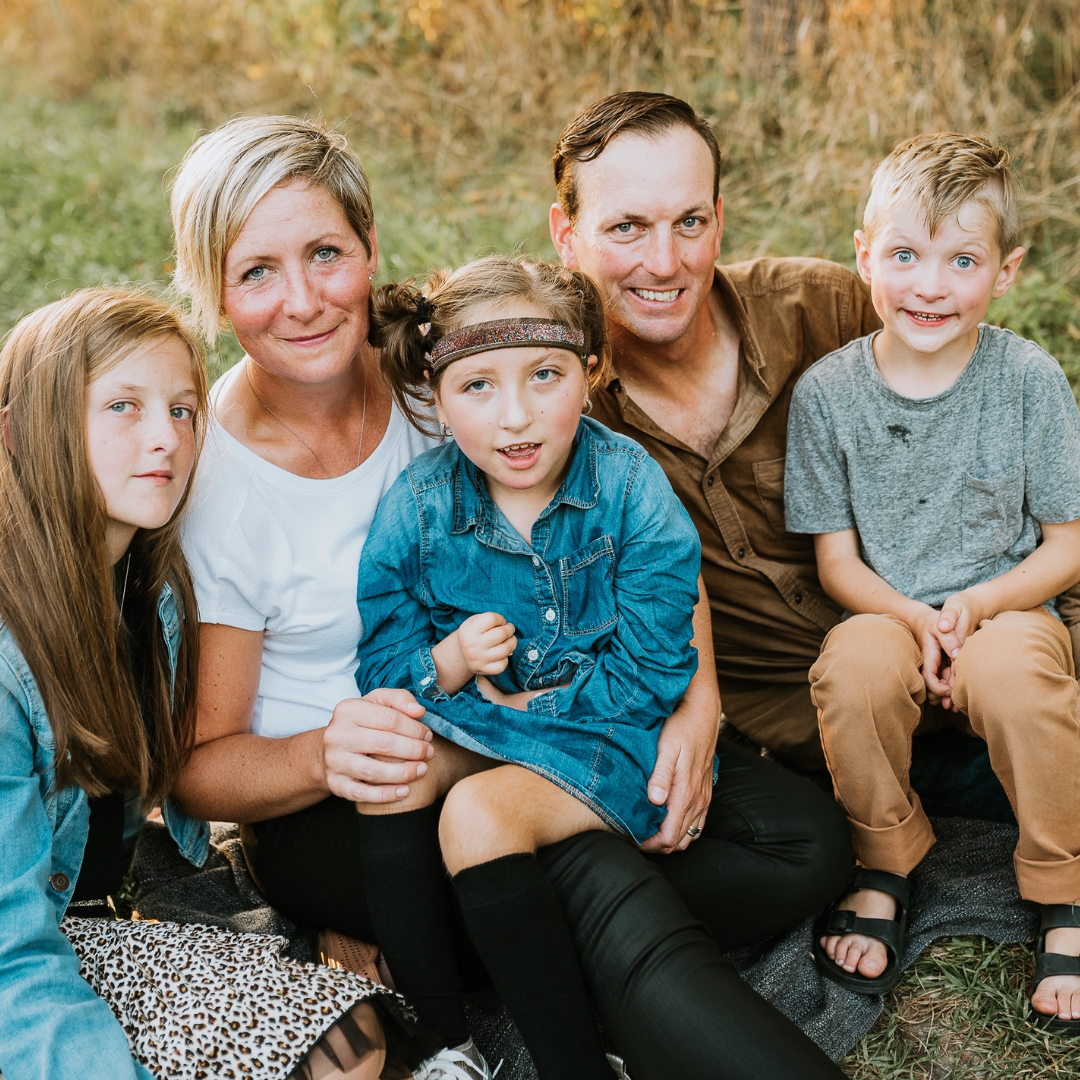 Hannah was born May 15, 2010.  It started off as a normal pregnancy. I was showing to be a lot smaller than I was with my first, which pushed my OB to order a few extra ultrasounds. These ultrasounds showed that our child’s head was small for her age. They said maybe it was normal, maybe it was this or that, but not to be too alarmed at 36 weeks. I ended up going for an ultrasound one early morning in week 38 and her heart rate was so low they wanted to induce me.

Hannah was born a few hours later, seemingly healthy and happy, albeit much smaller at 6 lbs than my first baby (9 lbs). We were sent to our room and were visited by the usual doctors. Everything seemed normal at that point. We had a visit from a paediatrician who did an assessment of her and seemed to point out all the things that could be wrong with her – her nose’s bridge seemed off to him, her back looked like it could have ‘something’, her 2 toes had a slight web … none of which today have anything to do with anything! They were just genetics. He suggested we take a urine sample and send it out for some testing, which we did.

We were discharged and went home to our other 2-year-old daughter and tried to be normal. Life was as fun as it can be with a 2-year-old and a newborn at home!

Hannah was 19 days old when I got a call from a doctor at our local hospital who told us to come to the hospital ASAP because our daughter was very sick. We were told to go to the ER and someone would be there waiting for us. My heart sank and I had no idea what was going to happen.

We went to MacMaster Children’s Hospital to meet with the team and got admitted. Soon after, we started treatment with ganciclovir via a PICC line. It was not without its hiccups and it was a long tiring journey, but I am thankful that we did it and have never second-guessed that choice. While we were there getting treatment, we also did hearing tests and found out she was deaf.  Our hearts were crushed again. I remember crying so hard and feeling bad for being sad about that, because children battling cancer were walking down the halls. How could I be so sad about hearing loss? Little did I know what I was about to learn and how this was just the beginning of our journey with the effects of CMV.

Now here we are 10 years later – Hannah is happy and healthy.  She is non-verbal, received cochlear implants when she was 1.5 years old, has had 3 hip surgeries with 3 full body casts (so fun!) and is considered a spastic quadriplegic.

She has very limited use of her body, but her smile is and always has worked in overdrive! She is so happy and is such a blessing to so many. With all the trials that we have been given with this CMV journey, so many ups and downs, so many questions and concerns, we are continually thankful to our heavenly Father for placing Hannah in our lives, in our family and in our care.