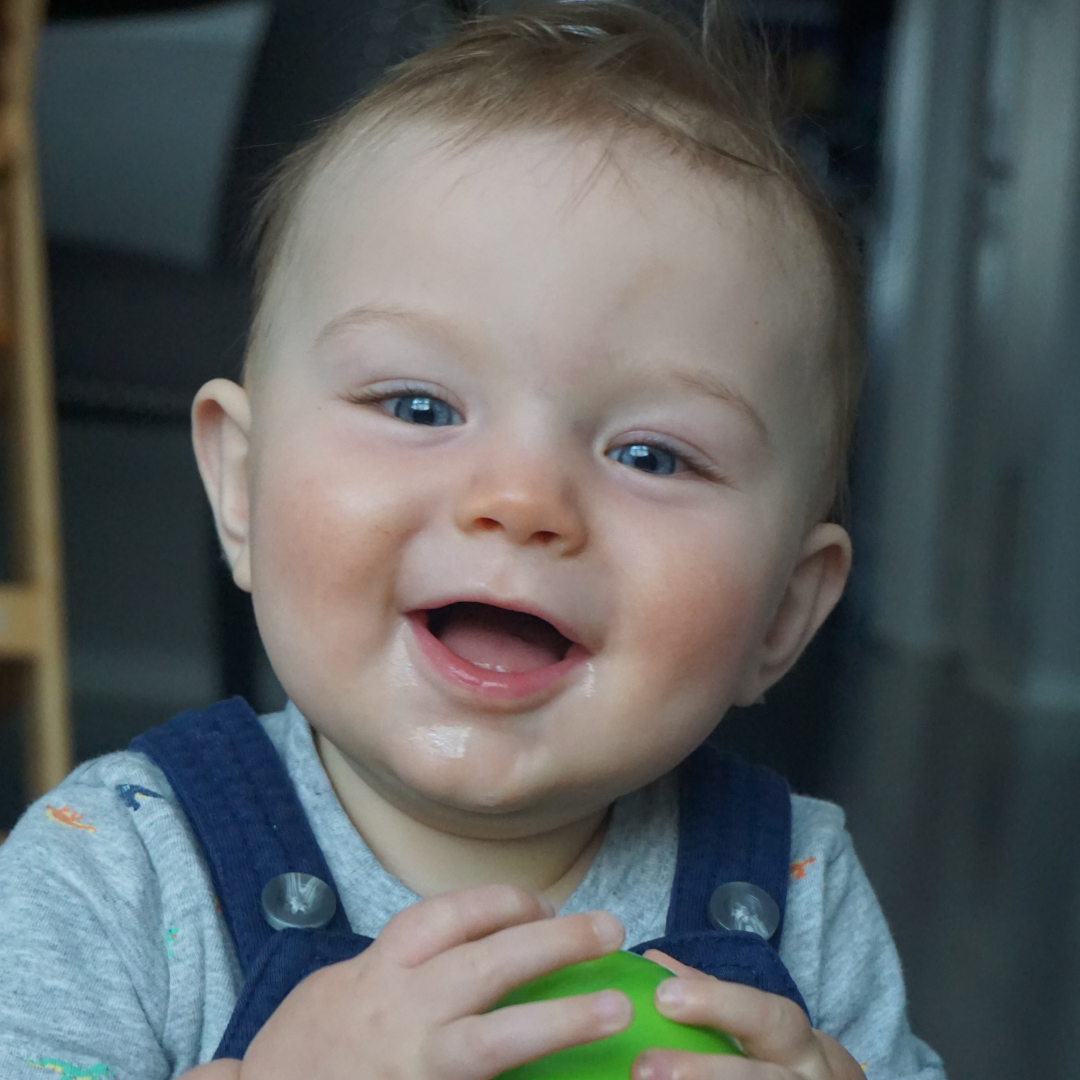 Emmett was born in January 2018 at 40 weeks after a relatively uncomplicated pregnancy. His hearing was tested within the first 24 hours, and while his right ear passed, he got a ‘refer’ result for his left ear. Otherwise, he was perfectly healthy.  We were told it’s normal to get a ‘refer’ during the infant hearing screening, particularly with C-section babies, and were advised to follow up a month later.

At one month old, Emmett again got a ‘refer’ in his left ear. I was told at the time that “14 of out 15 babies” who get a refer don’t actually have hearing loss. But just in case, we were advised to follow up with an audiologist a month later. At that first appointment with an audiologist, when Emmett was two months old, we learned Emmett had mild, permanent hearing loss. Again, we were advised to return a month later for a follow-up.

The next 24 hours were a whirlwind. We learned Emmett had profound, unilaterial hearing loss with a “double digit chance” that he would also lose hearing in his right ear. We had Emmett’s eyes examined and learned he has permanent scarring of the retina in his right eye. We learned through an ultrasound that Emmett has brain calcifications. We learned the cause of all of this was likely congenital CMV – which was confirmed about a month later when the blood spot taken at birth was analyzed.

I had never heard of CMV.  I had so many emotions, so many questions. The more I learned about CMV, the more frustrated I became. How is CMV so common, yet so few of us have heard of it?

It’s been over two years since we learned that Emmett has cCMV.  Since then, Emmett has received a cochlear implant and fortunately has not experienced hearing loss in his right ear. The scarring in his right eye appears to not have impacted his vision, and the brain calcifications seem not to have caused any developmental delays. But of course he’s closely monitored, and it’s never far from my mind.

While there has been progress in education, awareness and early diagnosis of CMV, there’s clearly more work to be done.  I’m grateful to have found CMV Canada and hope to help continue educating others about CMV and CMV prevention.